I went to Barcelona and Paris the other week.  It was pretty cash. 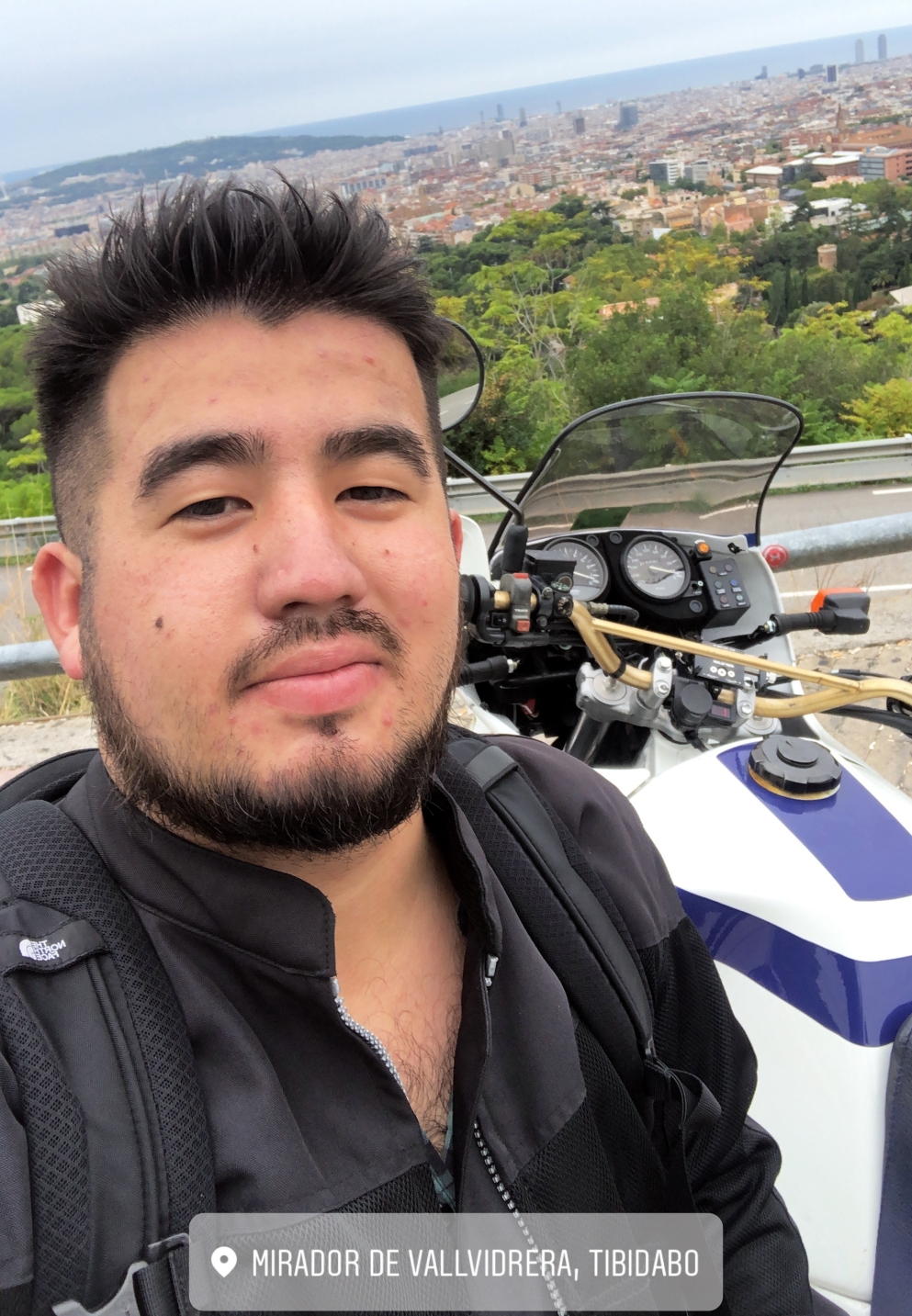 Long-time corolla-buddy, Jorge, recently got into the whole Enduro-Motorcycling bug with his Africa Twin and it looked like he was having way too much fun without me.  So I decided to bug him about coming out and doing some motorcycle stuff out there with him.
(Quick thing about Jorge, he’s probably the most dedicated dude to the things he sets his mind to.  Be it coming to CA, buying a corolla out here and driving all of the tracks and backroads as he can, taking that same corolla back home to Spain and setting a solid under 9-min laptime around Nurburgring, buying a motorcycle to do some intense enduro riding.  Jorge is intense and will make things happen).  Follow his: IG @YOSHIMURA53 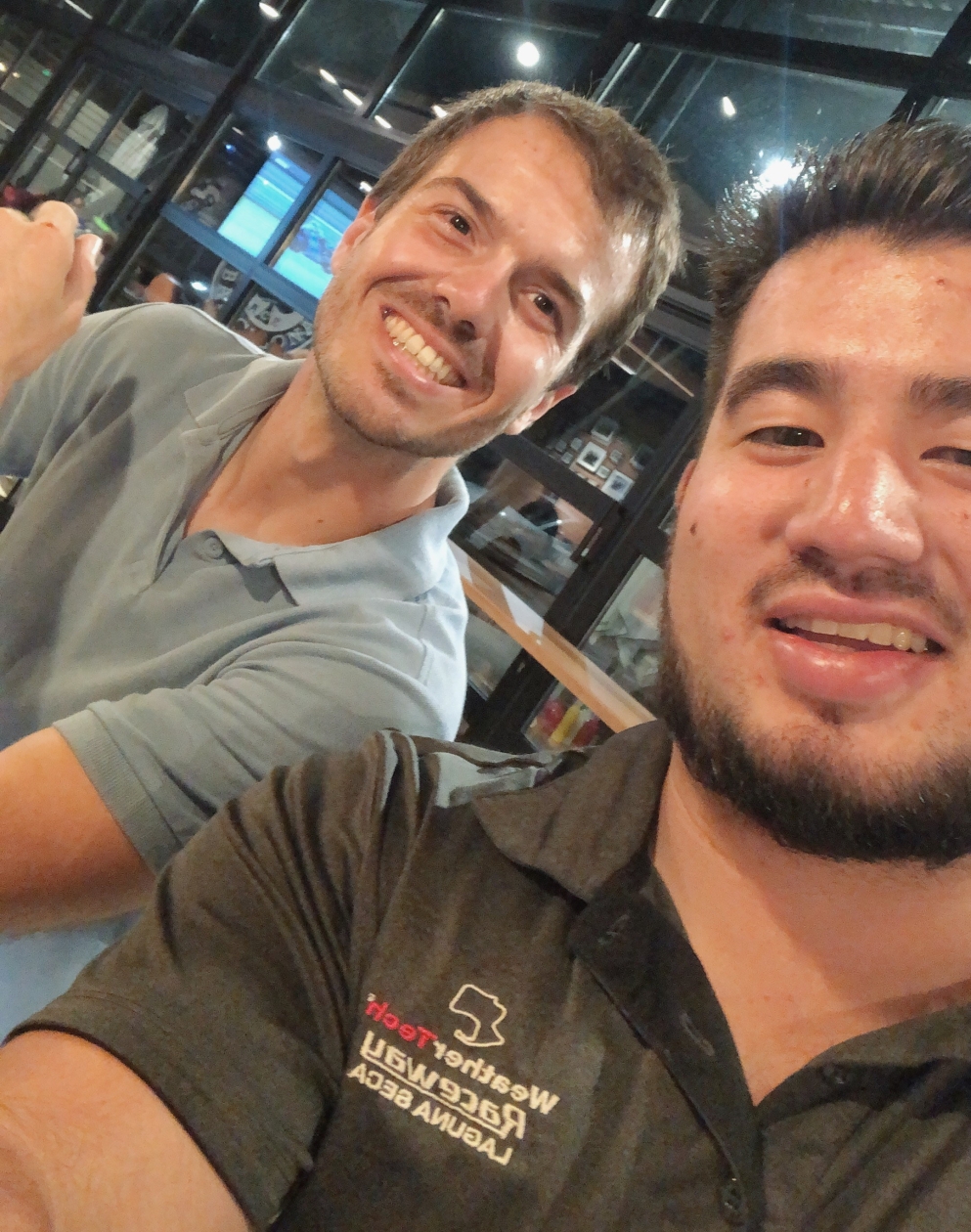 So we found a bike that seemed relatively well priced, another Honda Africa Twin 750.  I spotted a portion of it which I thought was fair for cost of renting a bike out here and to cover the extra utilities of me staying (my long ass showers).  Everything was all set for me to come out and do some motorcycle adventures! 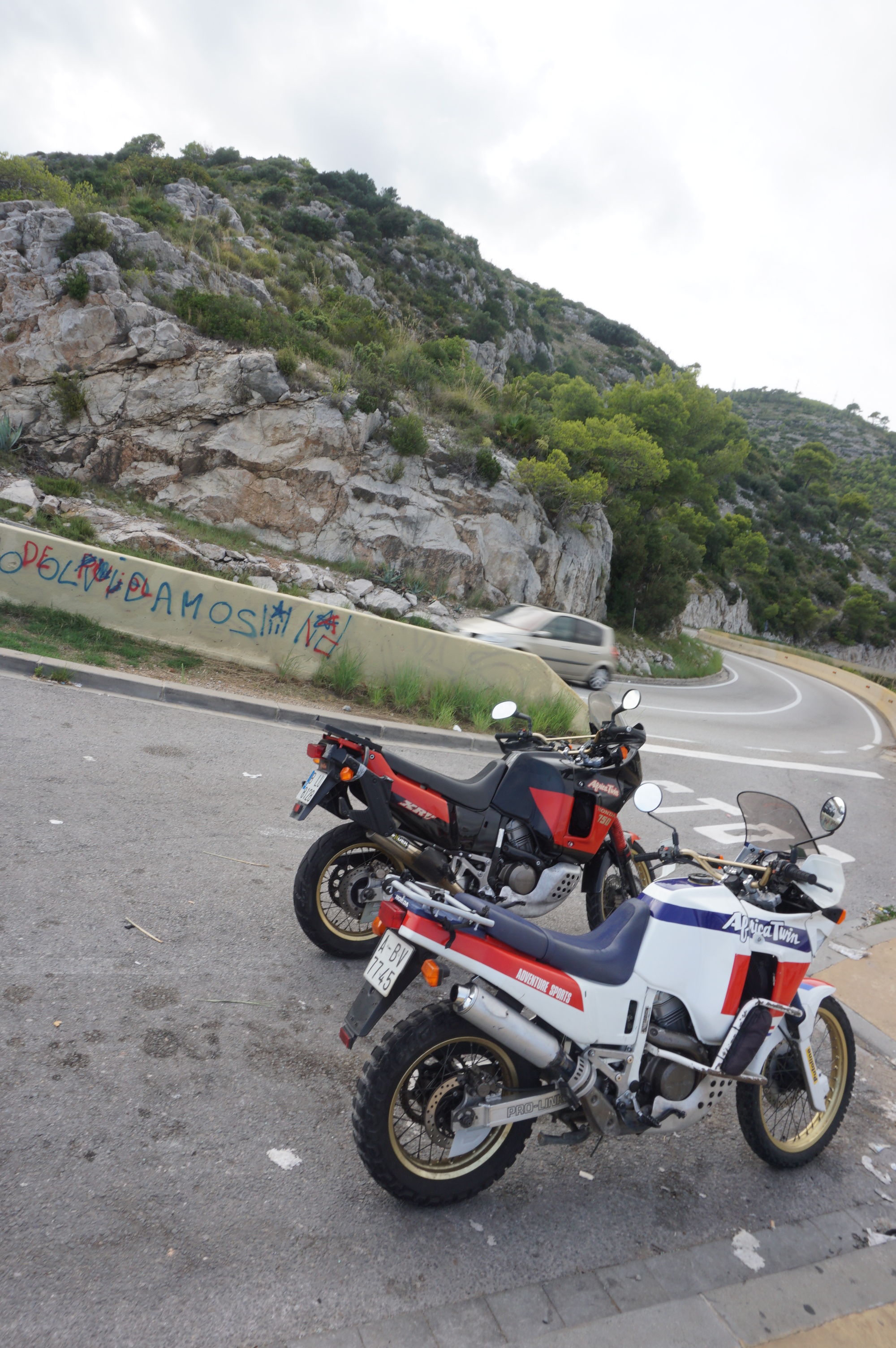 (The black one is mine)

Day 0: ACE Cafe!
Immediately when I flew in, Jorge took me over to ACE CAFE!  I saw some of the local “cool” JDM cars.  The import scene is not much of a thing out in Spain, so seeing some of these cars out here was a real treat. 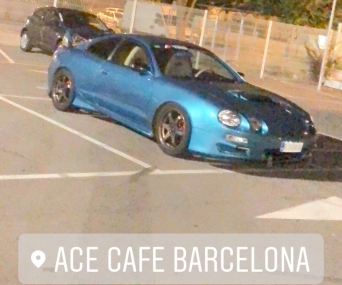 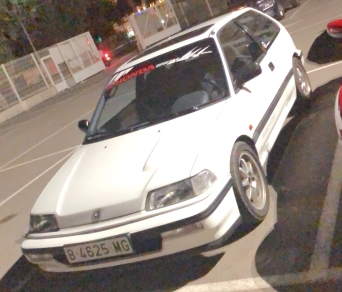 Slapped my buddy’s sticker on their sticker wall (go check them out: @bedlambeautyandbarber) 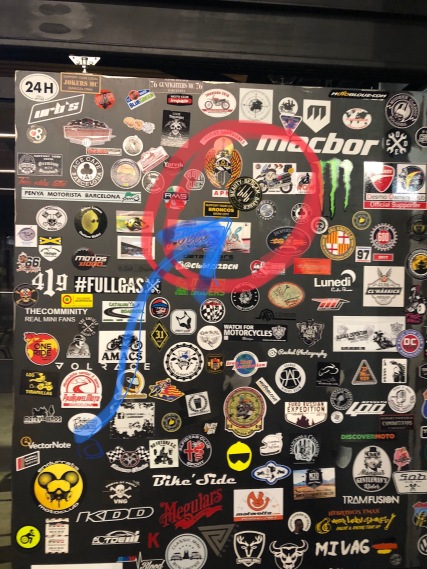 Day 1: Motorsports fun!
This was probably the most memorable day of the trip.  No lie, if my whole trip ended after this first day, I would still be absolutely content with the adventures had.

We started the morning off visiting the Barcelona racetrack.  It was about ~30 min ride from Jorge’s spot. 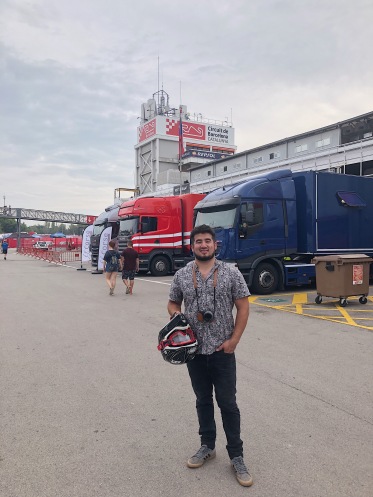 I made racecar noises:

I even got to see a Hiliux in real life!  My inner Toyota-fanboy was content. 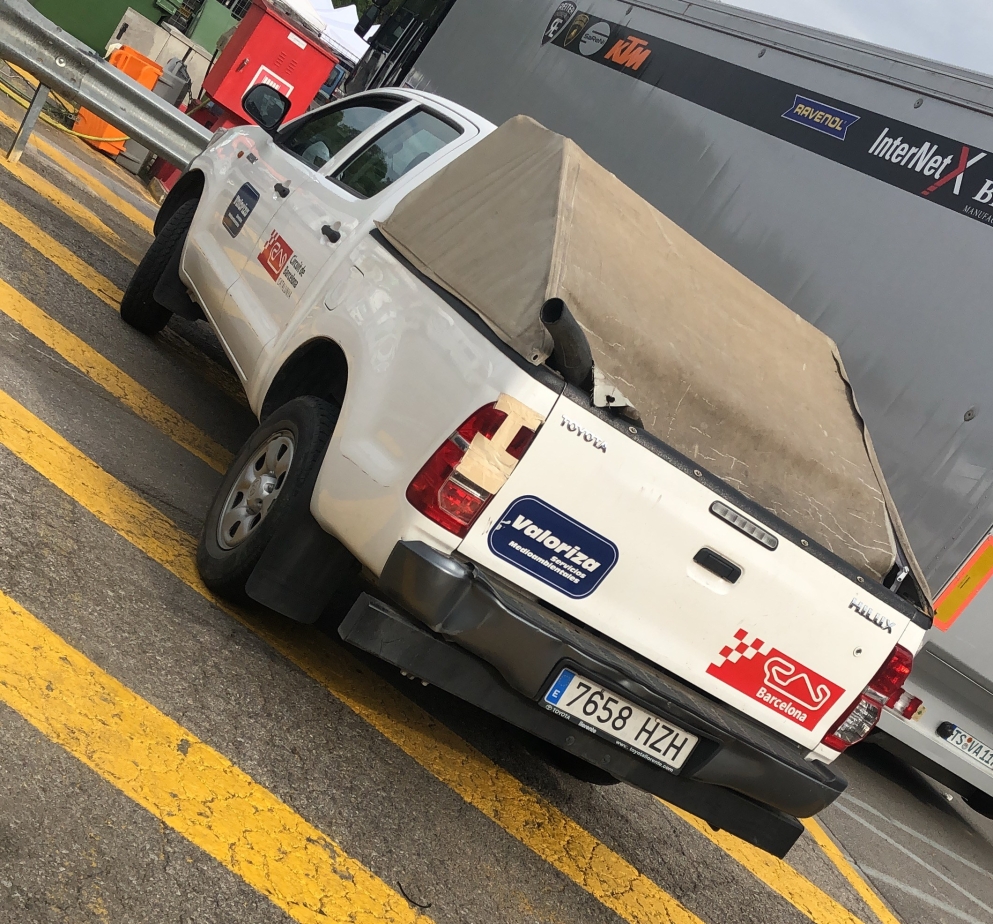 Pits were pretty cool.  Note, this was a mostly privateer event of dudes with serious money making this race.  For the dudes that played Gran Turismo, you know how those career building races just seemed so random, and hard to imagine actually being a thing?  Well they are, here is a random ass 24 hour race.

Shorty afterwards we rode another 45 mins to a … locally lesser-known track (but internationally well-known racetrack *thankyou speedhunters*), Autodromo.  One of the world’s earliest purpose-built racecar tracks. 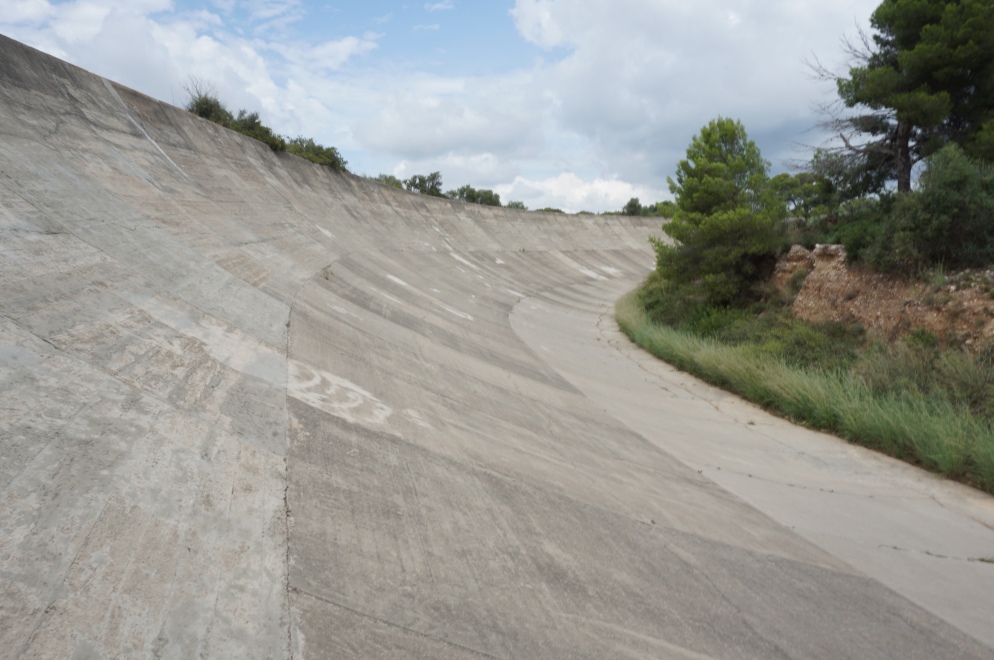 (you see the other half of the oval) 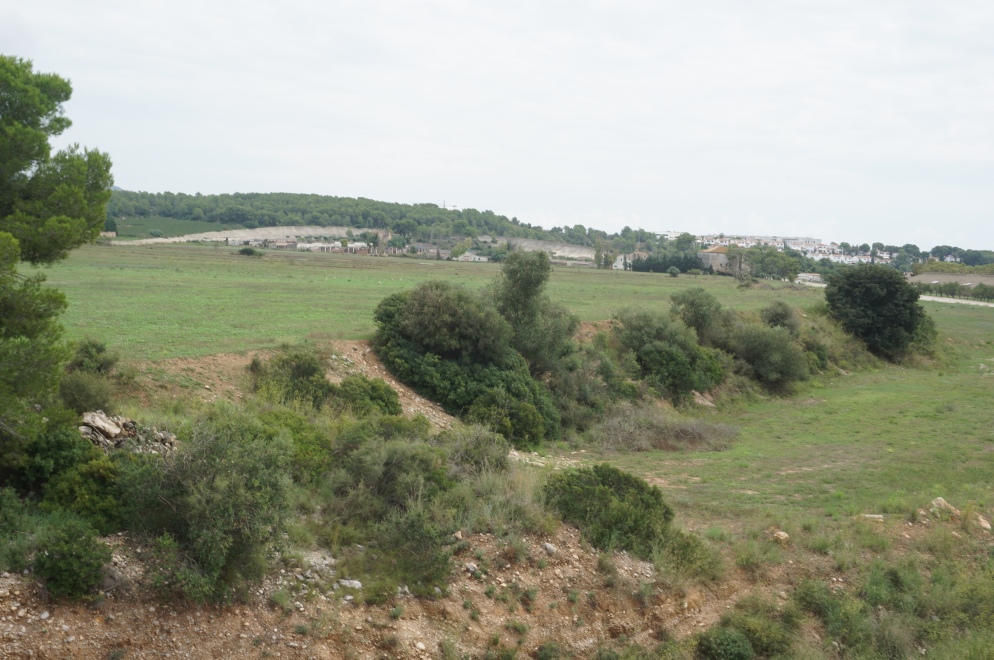 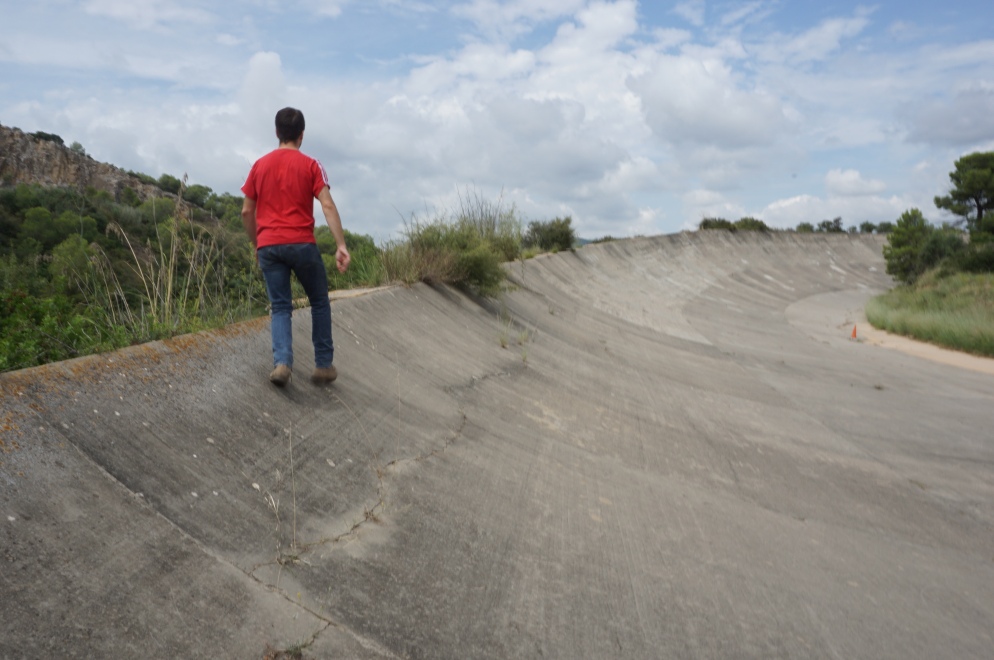 These banks were absolutely insane.  They were at least ~40-50 feet high at the apex.  None of the pictures do this spot justice.  Buuutttt…  we were promptly asked to leave because it turned out that we were trespassing on this dude’s land :(.

Then we went back to cruise through what seemed like Barcelona’s Highway 1 equivalent back to the house. 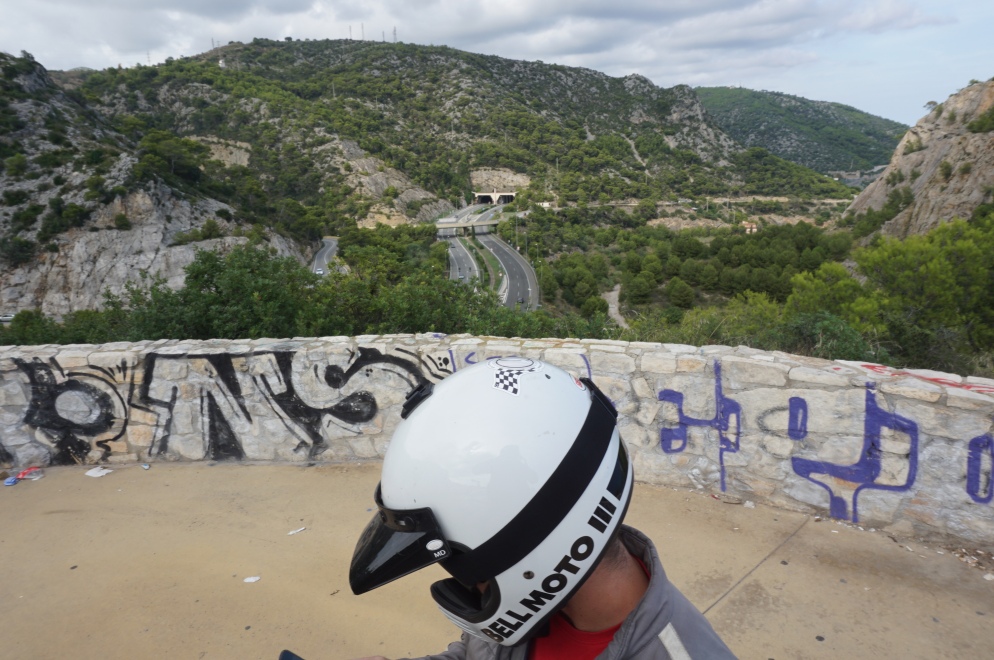 We also found a nice spot to eat off the road: 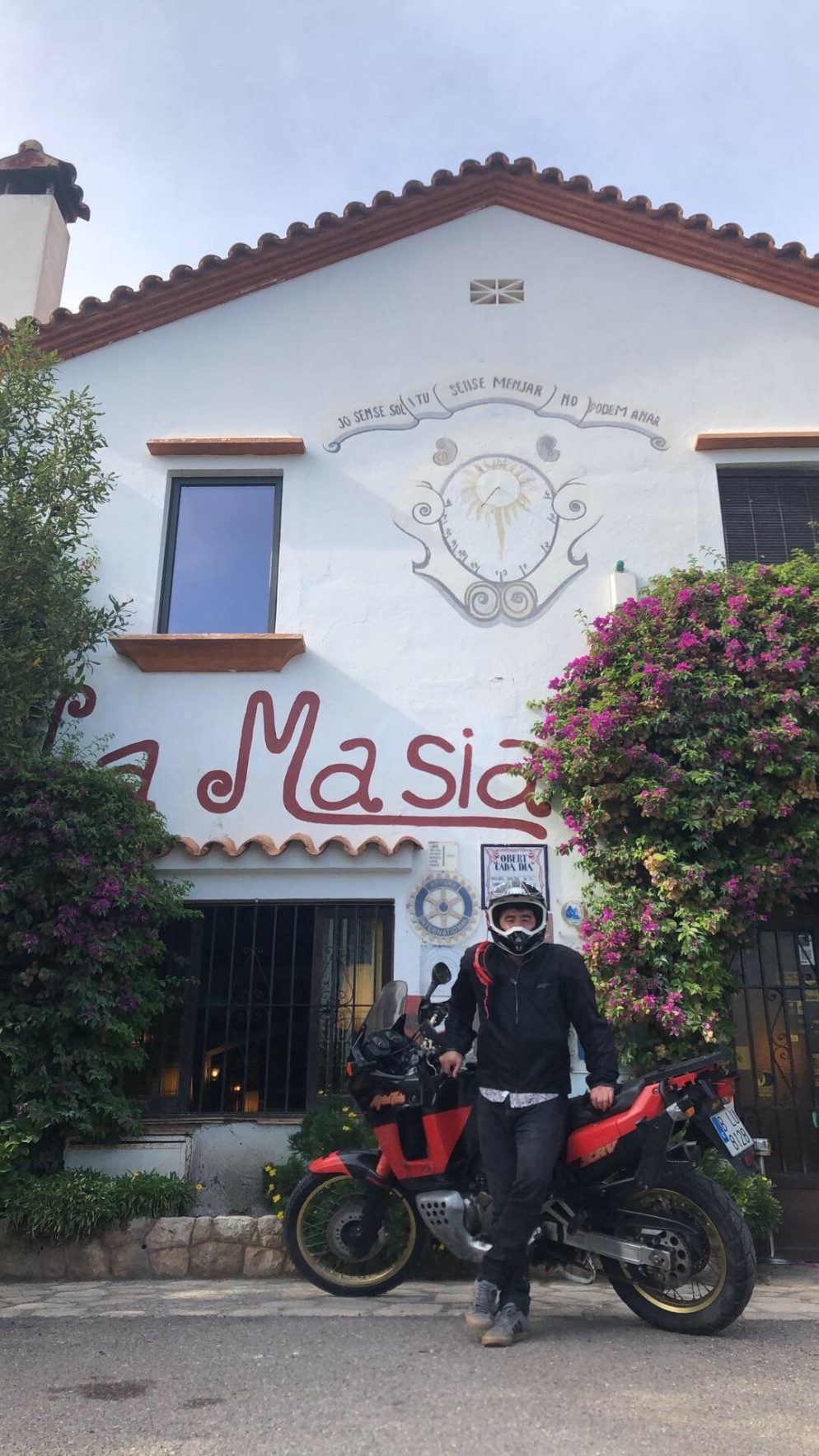 Then I knocked out because that was already a crazy day for my first day in Barcelona.  Though the weather took some time (and plenty of showers) to get used to, I was in love with the city and the area.

While Jorge was at work, I spent most of my day cruising around Barcelona on my skateboard and taking random metro trains through the city, mostly getting lost and taking in the environment.

One spot I wound up at was at  FC Barcelona: 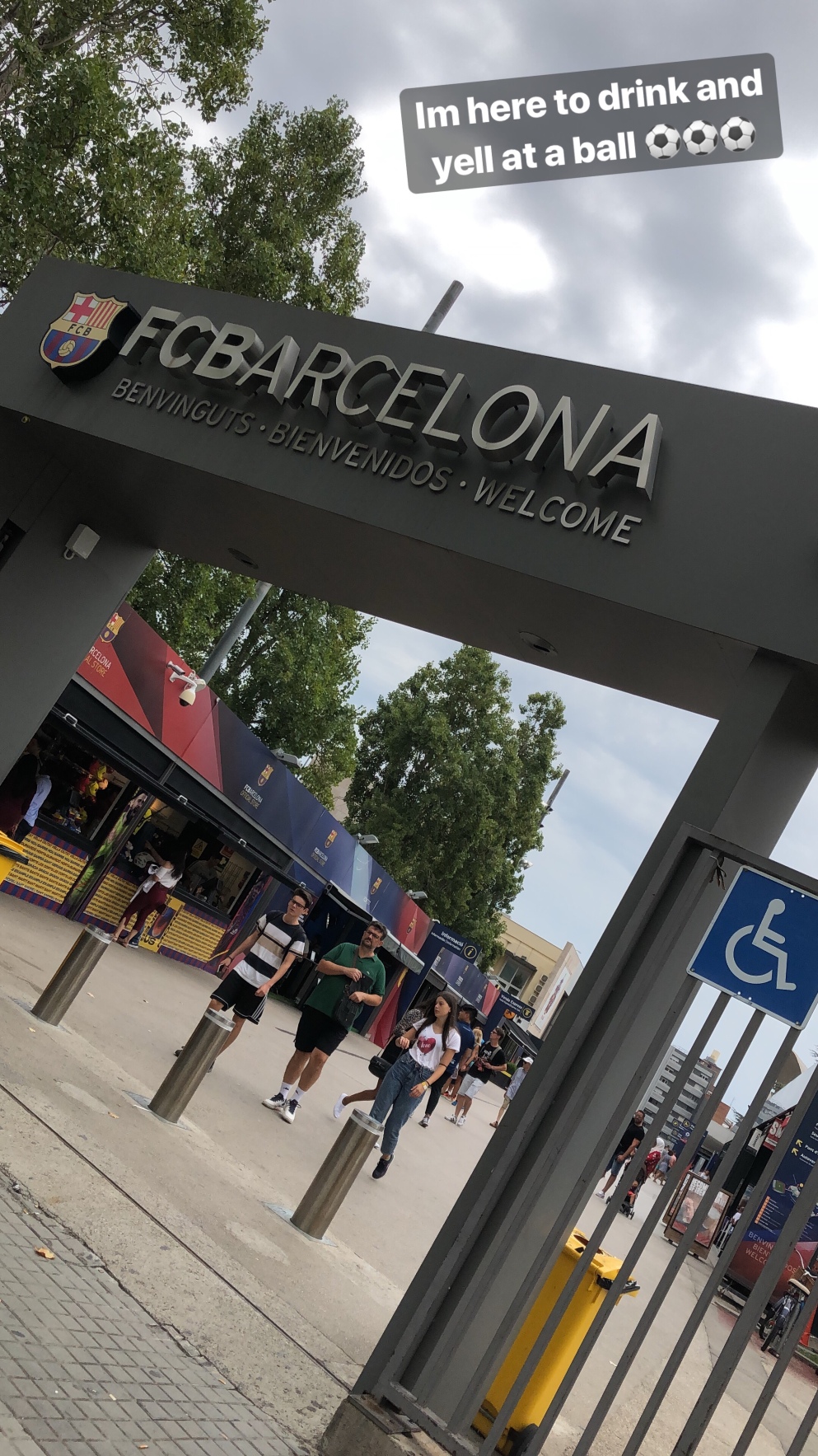 I found a homie 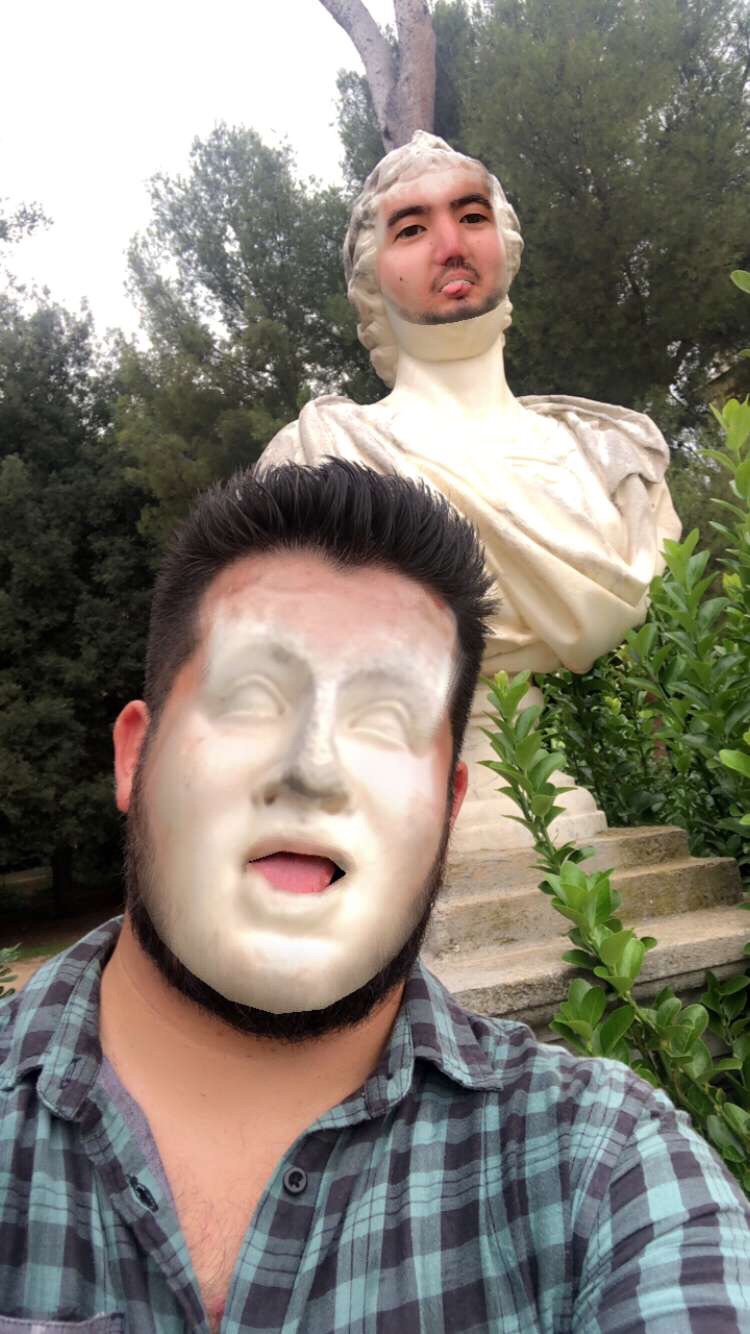 The food joints by Jorge’s house were mostly asian owned. And you best know they had Sriracha 😤😤😤😤. 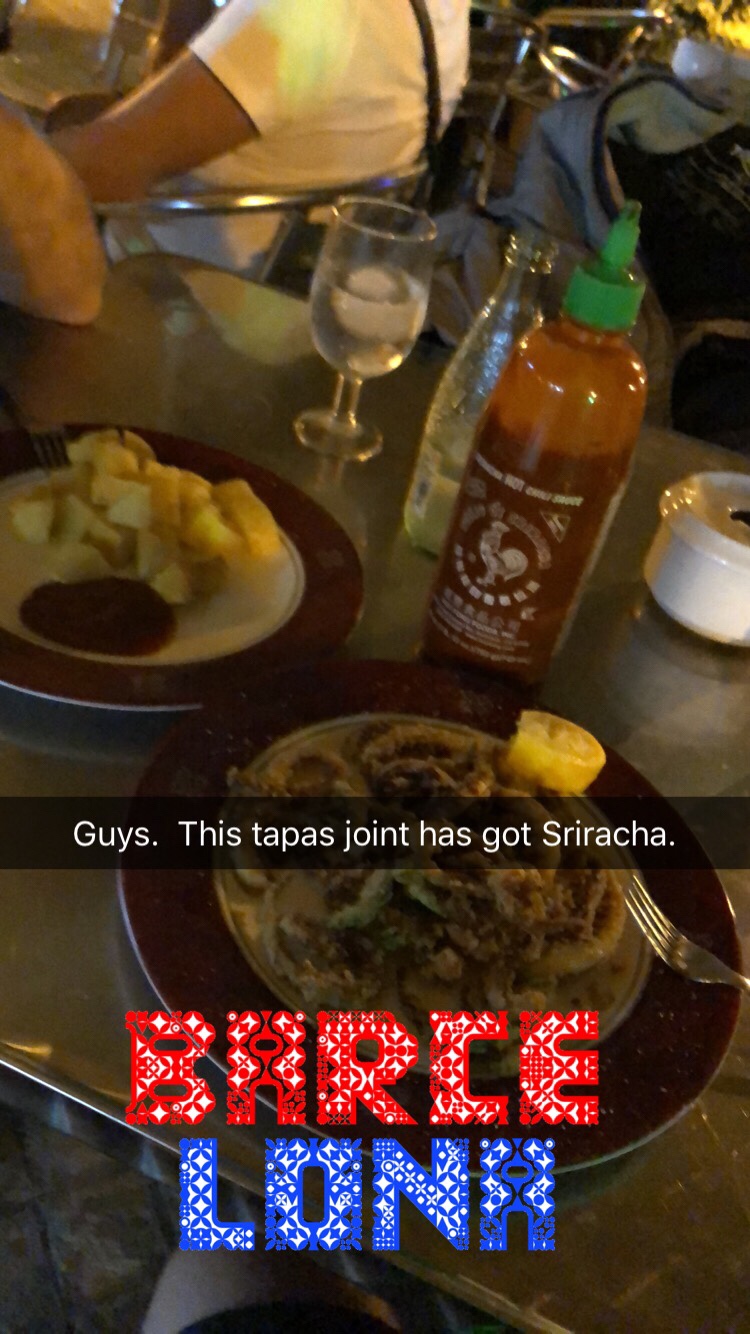 Not much to say but the trip we had planned to roam around the forests and hills around Barcelona got a bit out of hand. The bike ended up not working out and we had to call it a day.

With riding no longer being a thing because of my luck, I decided to go check out Paris. Apparently I snore too loud and I kept waking Jorge up. So a two night break seemed appropriate. 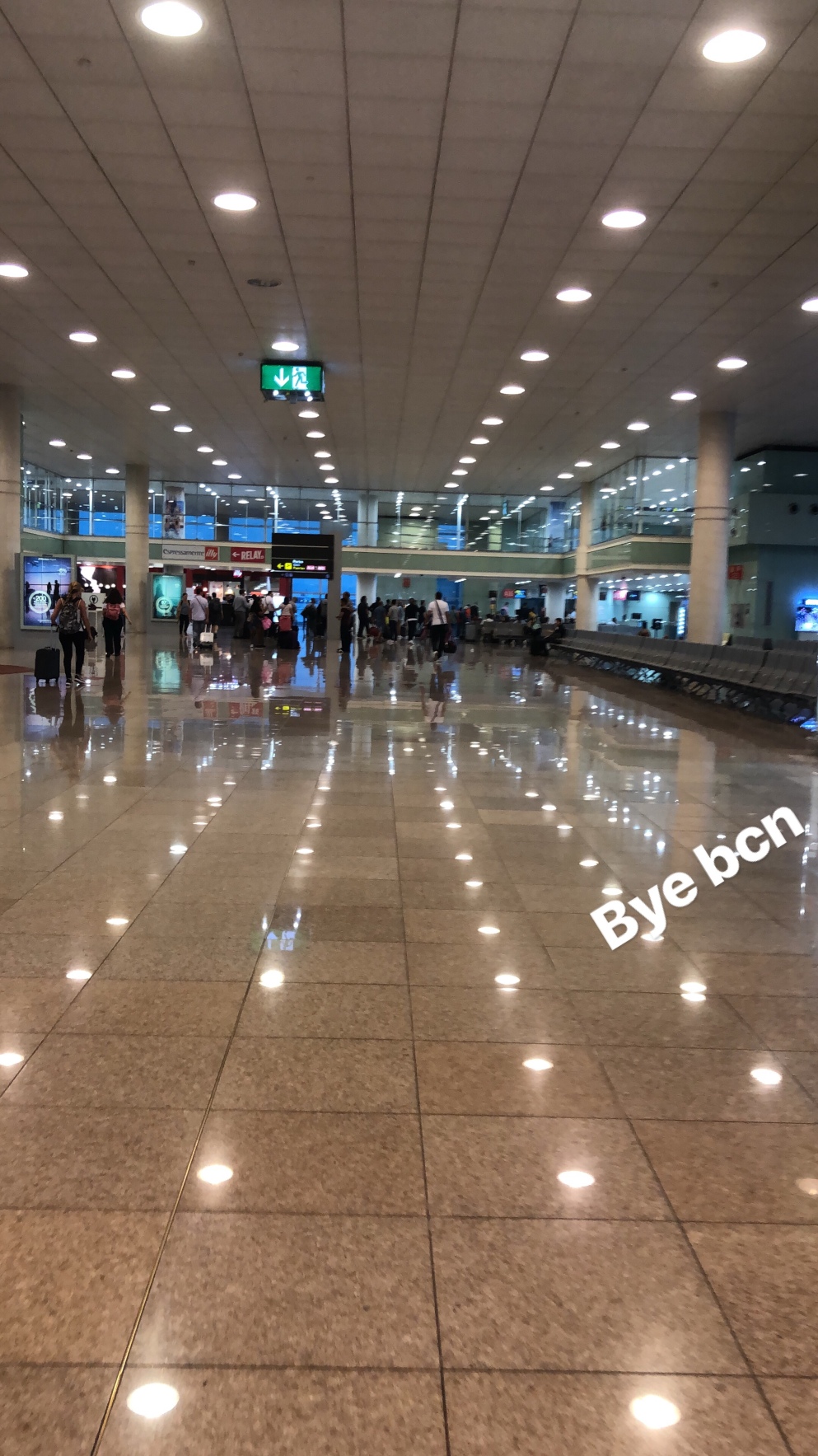 The blog comes back!

This will now be a place where I can consolidate my build posts, travel posts, thoughts on things, photos, etc. 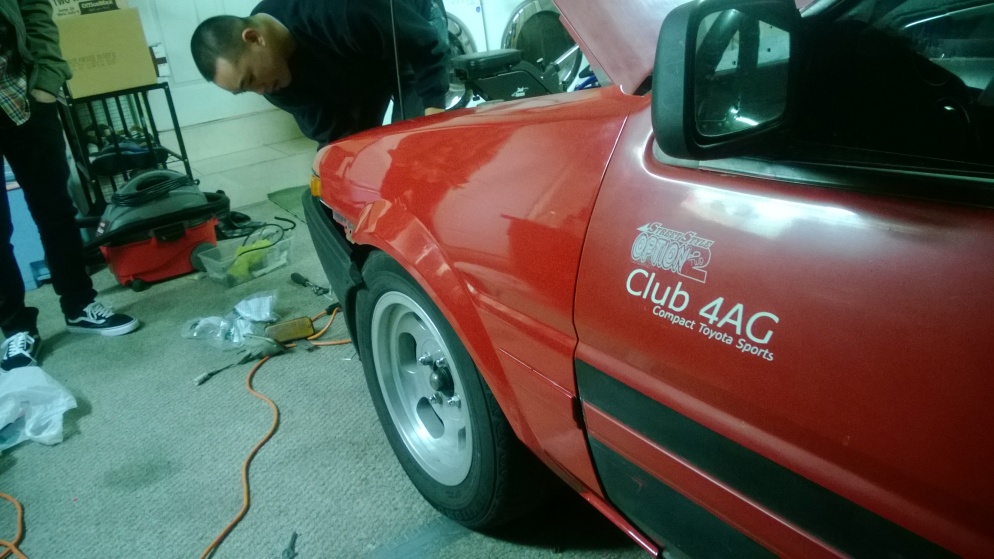 You will be missed

You never let anything, anyone hold you down.  The fastest on Cal, and always looking for ways to get faster..
No words can express how much it hurts.

she’s been through 3 motors.

original motor ^^ (still sitting in the corner of garage awaiting rebuild).  Did not treat this motor all that well.  Did stupid things like run no air filter for a few months, didn’t keep track of oil changes, forgetting to shift when driving the back roads (*bouncing rev limiter).
Im really sentimental with Lola, and feel bad about  all that.  So rebuild will commence once I get my fill with the current motor.

motor #2 ^^
Picked up from a friend.  It was a ae101 block with high comp pistons, shaved head, trd HG, fancy nick nacks.  unfortunately the motor blew a few pistons on me about 3 months after install.  =/ oh well, thats how things can go with used motors, never can really tell what can happen.  none of those symptoms were there at time of purchase, compression all good at purchase, even test drove it.  oh well, corolla lyf.

plans?  keep in mind this corolla in the end will turn into my weekend fun car once i get out of college with a real job, and a more luxurious car.  So im just building it up to that point where im satisfied with it.
short term though: angle, head work done to skimmed bluetop head, trd HG, fancy rear end stuff, track events, roll bar, jdm-ness.

welcome to mike yee’s blog.  where i will document stuff here.